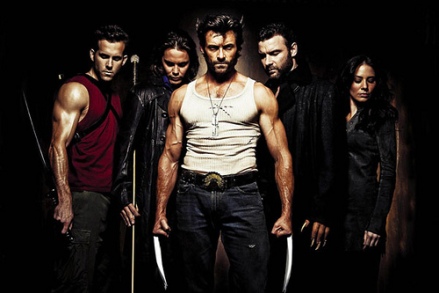 You’ve been waiting months for its release, you may have even watched the sneaky unfinished print on the internet a couple of weeks ago, but X-Men Origins: Wolverine is finally out this Friday and promises fans alternative scenes that put to rest the fiasco of that unfortunate print leak. I don’t think anyone is worrying about global ticket sales at this point. Having said that, the recent swine flu breakout in Mexico was serious enough for studio producers, Twentieth Century Fox, to hold back the movie’s release date until the unfortunate epidemic subsides. The studio is more than a little stressed out at the possible huge financial loss such a delay will have on ticket sales. They are also of course, ahem, seriously concerned for the health and well being of the Mexican people.

As for the film itself, well Hugh Jackman has been elevated to a household name since his first incarnation as the hairy man mutant in the X-Men (2000). What makes Jackman stand out in a market overrun with action figures is his warmth and charisma, that despite his mega-star status he’s really just good ole’ Hugh behind all that hair and make-up. Of course, being drop dead gorgeous and immensely multi-talented helps as well.

In this prequel to the X-Men franchise, Wolverine’s back-story starts in 1845 with siblings Logan (Jackman) and half brother Victor (Liev Schreiber) as mutants equipped with superhuman strength and the capacity for self-regeneration. The prologue alone shows our boys soldiering along in the Civil War, WW1, WW11, and Vietnam before General William Stryker (Danny Huston) recruits them for Team X.

But you see, Victor has a screw loose and feels he must play out this Cain and Abel redux for mutants after Logan does a runner to Canada to chop wood and wear plaid. Six years later and wouldn’t you know it, Victor, aka Sabretooth, kills Logan’s girlfriend and Logan is drawn back into the action to seek and destroy his brother. Logan submits to a top-secret experiment that will infuse his skeleton with super-strong metal, adamantium, rendering him indestructible and thus Wolverine is born. Filling in the rest of the mutant brawn is Friday Night Lights Taylor Kitsch in an understated role as Gambit, and Ryan Reynolds as Deadpool.

Read my article in The Examiner

Hugh Jackman is charming Kate Winslet and singing with Anne Hathaway, who has a beautiful voice. Hugh is singing his way through the film nominees and the joke is he’s doing it on the cheep because of the economy. Hugh just received a standing ovation and is now working the Hollywood crowd. Mickey Rourke was told he could say what he likes because there will be a 20 minute delay if he wins. Meryl Streep is on her 15th Oscar nomination and here is the segue way to the Best Supporting Actress.

Tilda Swinton and four other past winners present the nominees. 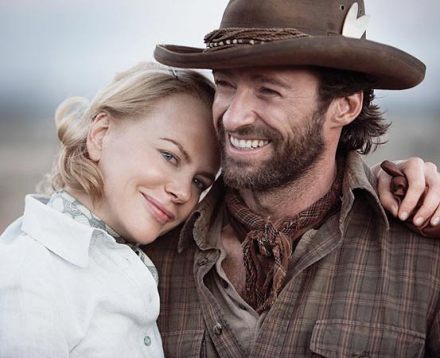 Baz Luhrmann’s hugely anticipated Australia has all the elements of a classic epic movie but mixed reviews have cooled ambitions for success on the international stage. It is that country’s most expensive film to date with a budget of US$130m, an A-list cast including Oscar-winner Nicole Kidman and fellow AussieHugh Jackman. So much hype has surrounded Luhrmann’s new movie that the tourist industry is counting on the film’s success to uplift the industry’s decline. Talk about pressure. Kidman plays an English aristocrat who inherits a cattle ranch in Australia at the start of WWII. She teams up with cattle drover Jackman after rival owners plot to take her land. The pair drove thousands of animals across the country, fall in love, dodge Japanese bombs, and take in the panoramic vistas.