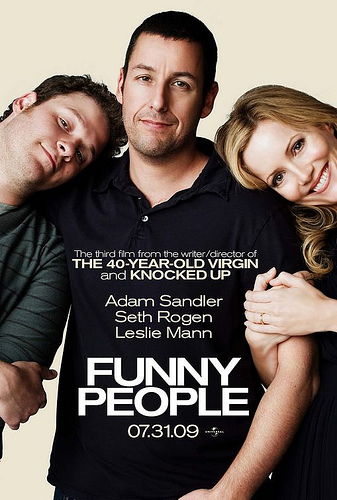 Adam Sandler, Seth Rogen, Jonah Hill, and Jason Schwartman star as four ugly guys perform do stand-up comedy in Los Angeles. The roles aren’t exactly a push for these real life stand-up comics turned actors. I also get the feeling that some of the material might be a little too close to the bone. Sandler plays George Simmons, a self-absorbed stand-up comic dealing with inner demons, cancer, and an entourage of comics and comic writers. Leslie Mann, Apatow’s wife, is Laura and George’s love of his life, who is now married to Clarke, played by Eric Bana. If you love movies about the entertainment industry and its egos, then this is for you.