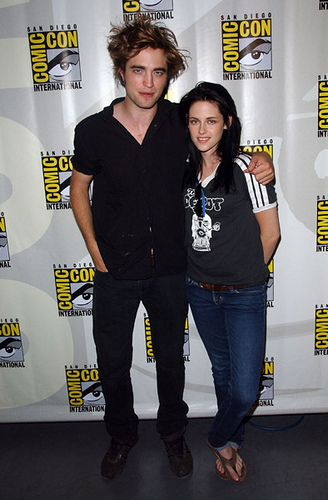 Of course this was a chance for studios to show case upcoming releases, to gage fan reaction as well as gain valuable PR.

Robert Downey Jr. was there to promote the second Iron Man feature with director Jon Favreau. The picture is not due for release until 2010 but whipping up a good fan base seems to get in gear much earlier nowadays as part of a social media marketing effort to create free word of mouth buzz. Johnny Depp made a surprise appearance after Tim Burton spoke to fans about his version of the classic

Alice in Wonderland tale, which stars Depp as The Mad Hatter.